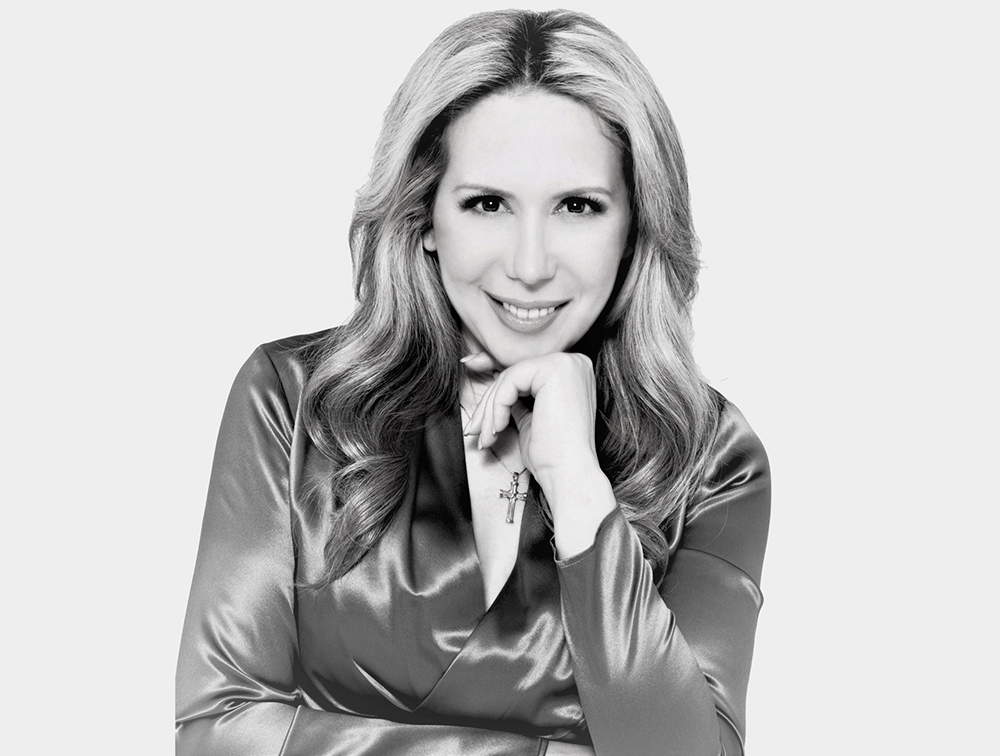 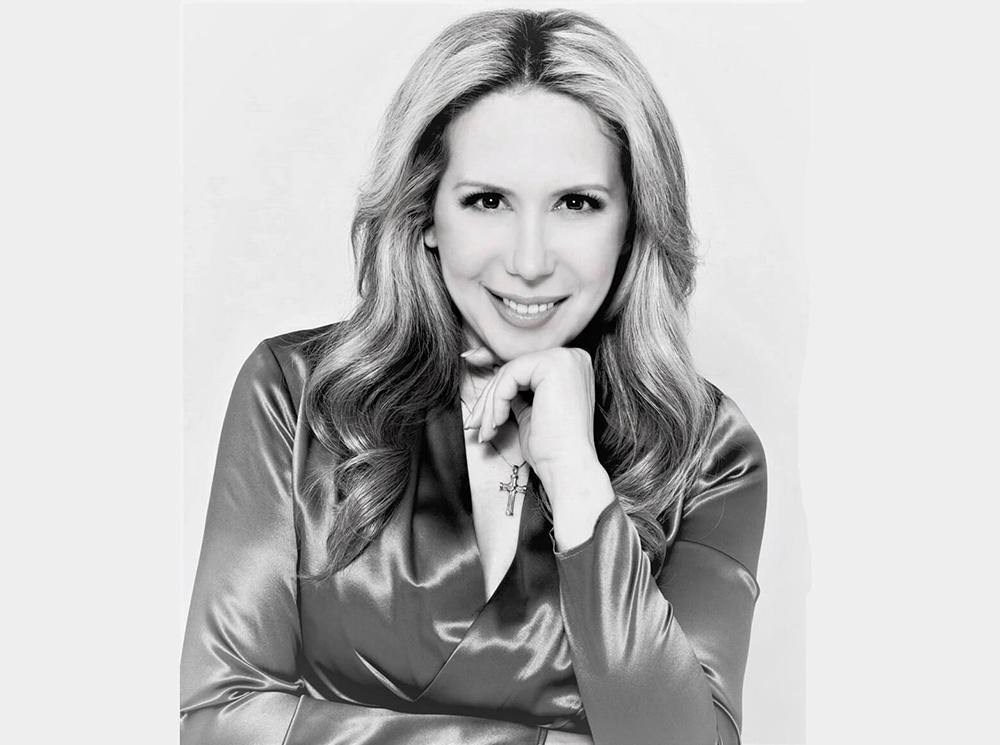 In the aftermath of the mind-numbing reversal of corporate giant Amazon in establishing its HQ2 in the Long Island City section of New York City, those engaged in the local real estate industry have conducted incisive analyses as the proverbial post-mortem continues and the trauma still reverberates.

At these times that try men’s souls, it is comforting to know that such real estate fixtures as Evi Kokalari -Angelakis of Golden Key Realty can offer a painfully truthful perspective while injecting a sanguine tone that is predicated on reality.

A long-time realtor and one who has her finger on the pulse of the Long Island City building boom, Angelakis offers a background and perspective on the genesis of this ill-fated Amazon business plan.

“For a number of years now, the average observer can see that the entire face of Long Island City has dramatically transitioned from a run-down industrial neighborhood to a hub of vibrant commerce. This is evidenced by the increasing number of office spaces being taken in luxury buildings as well as an  expanding upscale residential area that boasts a wide variety of rental and condo options; with all the amenities of city buildings, “Angelakis declared.

“Amazon and others made great deals with the city. They were in an advantageous position to obtain the land necessary for “a song.” There were a number of environmental hazards plaguing the LIC area but they invested in rectifying these issues. Major developers from Brooklyn and Queens wanted “a piece of the action” and initiated building in Long Island City as well. They converted these dilapidated industrial buildings into condos and office space and this seedy area, once left for dead, suddenly saw an explosive revival that no one thought possible,” said Angelakis

Angelakis recalls the sequence of events with remarkable clarity and insight. “Amazon was going to rent a million square feet from Citicorp and then another 8 million square feet.  That is hugely significant if one considers the fact that Hudson Yards is composed of 18 million feet.  At that juncture, Amazon was a week away from signing a lease,” she said.

She added that, “I must say that it was a huge relief to know that Amazon was coming in. Contracts went out in the 4th quarter of 2018 and everything was moving at a fairly rapid pace.”

Angelakis said that in November, Amazon made the announcement of their impending arrival. “We learned that 8,000 brand new rental properties and condos would go up for sale. The question that was consistently raised among real estate industry professionals was how the market was going to absorb this as the pricing was plummeting.”

According to Angelakis, quite a formidable economic boom was percolating in the background and the entire scenario appeared rife with possibilities. “At a minimum, 25,000 new jobs were available with accompanying salaries in the $150 thousand per year range. Many construction jobs were being offered as Amazon sought to buy land for the express purpose of constructing residential buildings. It was clear that they were definitely seeking more square footage in terms of residential buildings for all these new employees to live.”

At this juncture, matters took a different turn. Says Angelakis, “Political wrangling and the pursuit of nefarious agendas by elected officials played an impactful role in ‘raining on Amazon’s parade’ so to speak.”

“Amazon then said that this situation was not the prime scenario. We were then left with an over supply of condos and rentals, “ she added.

Angelakis said that it is important to bear in mind that developers need to see results. “For developers, they saw their rate of return decreasing and they are concerned about repaying construction loans. Certainly, they are going feel the effects. Just remember, by the conclusion of 2020, almost 12,000 units were to be built.”

Apparently, the public transportation options to and from Long Island City which are absolutely essential for a thriving business community were in place.

The number 2 and 3 IRT subway lines were routed to accommodate Citicorp. Additionally, the train that connects Long Island City with Hudson Yards was also gearing up to carry commuters on a daily basis.

Then, of course, the proverbial bubble seemed to rattle the world as it burst in front of our collective eyes. Says Angelakis, “The ‘dark money’ began to emerge in the aftermath of the midterm congressional elections in November of 2018. Suddenly, there was Alexandria Ocasio-Cortez on the New York City scene as this freshman congresswoman clearly had an anti-Amazon bias and was not timid about vocalizing it.”

Michael Gianaris, who represents New York’s 12th State Senate district, which includes the Queens neighborhoods of Astoria, Long Island City, Sunnyside and parts of Woodside, Maspeth, Ridgewood and Woodhaven began to insert himself in the Amazon scenario, according to Angelakis. To say that his position was effectively anti-business would be a gross understatement.

Angelakis recalls that Gianaris bickered with New York State Governor Andrew Cuomo over the course of negotiations with the retail powerhouse. “Gianaris refused to sit down with executives from Amazon and thrash out concerns and points of contention. He also made it clear that he had no interest whatsoever in meeting with the local developers in Long Island City. It appeared that all Gianaris was angling for was publicity and playing to the same base that Ocasio-Cortez was,” she added.

Nerves were indeed frazzled as business leaders and industry executives among many others began scratching their heads, asking, “what are we going to do now that Amazon is planning to leave?”

Published reports at the time indicated that Cuomo was willing to fork over $3 billion in tax incentives to Amazon, with the ostensible purpose of luring them into the deal. Says Angelakis, “Just remember that the return on the $3 billion that the state was going to offer Amazon would have resulted in the state receiving $27 billion back, so I think that is a pretty sound investment,” she added.

Angelakis said that Gianaris was concerned with an improved local infrastructure plan, but his adamant posture in not effectively communicating with business leaders and elected officials was the ultimate downfall.

“In my opinion, Gianaris could have gotten $5 billion for schools, housing and extra amenities for his district, but his objective was to garner as much attention as he could. Helping his constituents were definitely on a back burner” she said.

In the days preceding Amazon’s historic decision to pull the plug on New York City for their HQ2, Gianaris was contacted, according to Angelakis. “He said that Amazon was bluffing, but history has recorded that they certainly were not.”

On a more upbeat note, Angelakis has great hope for the future of real estate development and economic prosperity in Long Island City.

“One never knows when another big windfall will occur and the clients that I have served for many years are completely cognizant of this. In the meantime, we urge all New Yorkers and all people to come and visit Long Island City, come hear the success stories from those who lives have been changed immeasurably for the better in this area. Come visit the upscale retail stores, come and see for yourself that Long Island City is a place that is literally brimming with exciting possibilities.”

Eight Things To Watch Out For When Leasing A Commercial Property